Today I would like a moment of your time...

...to draw your attention to an affliction that runs rampant in the dog community. I am sad to say that I too suffer from it.

I am talking about the dreaded "Puppy Fever"!

Many of us dog folk fall prey to this condition. It is characterized by the almost unquenchable need for a cute, cuddly puppy of just about any breed/mix you can think of, a glazing of the eyes when we see a puppy or a picture of a puppy, memory lapses as to how terrible actual puppies can be, grabby hands syndrome when in actual proximity to a puppy, and vicariously living through others that actually are in possession of a puppy currently.

There is no known cure!

Having a puppy will alleviate the symptoms and cause a remission. Once said puppy grows up symptoms often return eventually. Onset of symptoms after puppy reaches adulthood are correlated directly to how naughty the puppy was while in the puppy stage...the naughtier the puppy the longer it takes for the symptoms to reoccur.

Having a puppy at any time can expose you to this condition. In some people it seems to have the opposite effect and immunize them against ever wanting another puppy and having them seek out young adult, adult, or even senior dogs when adding a canine member to their household. It is not known what causes some individuals to react this way and fend off Puppy Fever.

Beware the infectious agent that is a cuddly puppy!!!
Posted by Moth at 7:34 PM No comments:

...in the land of the curly tails.

They do not know it yet, but this weekend they are left to their own devices with Sabe. I am going to Iowa for my friends bridal shower.

We often try to take them with us when we have to travel somewhere...they are pretty good little travelers :) Since Sabe is staying at home though it is easier this way.

In other plans there are a few coursing events coming up at the end of May and in June that are within reach for us. I hope I get to take Watson to at least one or two if our schedule and cash flow permits. I want to try and get him his JC eventually. I would also like to take Menchi to an all breed lure coursing event to see what she makes off it. :)

Menchi just graduated her advanced obedience class... lets face it though both Chi Chi and Mr Perfect still need a lot of work before I ever try to take them even into a rally event. Both seem to be going through a stage in which the feel that stay is somehow optional. Also the heeling needs work...lots and lots of work. They like to give me a run for my money...the joy's of owning clever and independently minded dogs! 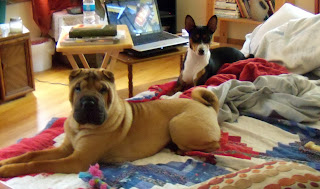 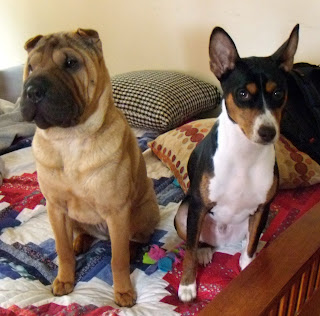 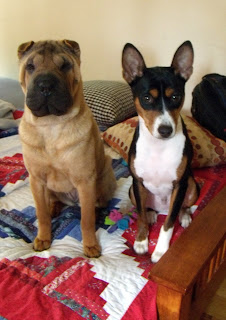 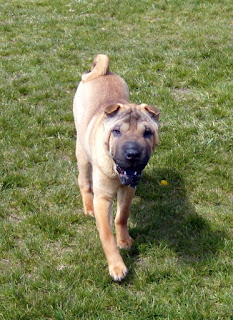 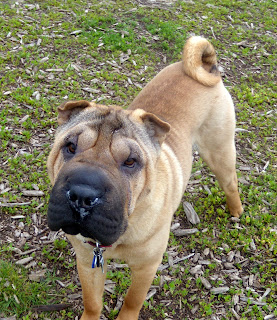